How Content Creators Get Taxed All Over the World 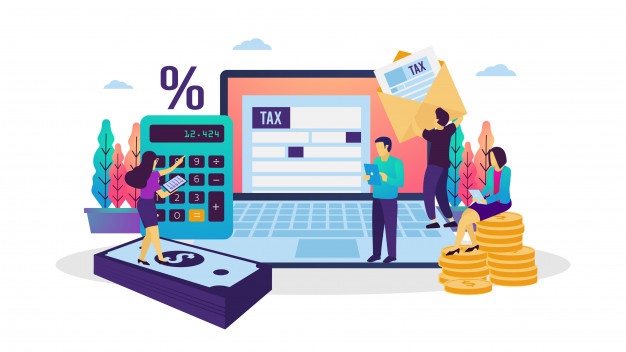 Modern technology has opened new and exciting avenues for making a living. From engaging in Crowdfunding to video game streaming, there are plenty of ways to showcase your hidden talents to the world.

YouTubers all around the world, for example, have learned how to provide audiences with quality productions. Previously, this made the website a fairly simple platform for content creators to earn some money.

However, since 2021 YouTube has started to withhold tax from U.S.-based revenue. This has made calculating taxes for content creators around the world a bit more complicated.

How Taxation Varies from Country to Country

Let’s review a couple of cases to illustrate how much the process varies from country to country.

French-speaking vlogs are becoming very popular all around the world. Quebec YouTuber Catherine Francoeur, for example, creates videos about her everyday life, and her daily vlogs are so successful that they average between 50,000 and 100,000 views.

At the very least, Quebec creators like her will have to pay 15% in taxes based on their worldwide earnings. However, according to Canadian law, they can deduct part of their taxes from filming and computer expenses.

Calculating the exact amount can be a bit overwhelming, which is why it is best to use a tax calculator specific to Quebec. This will allow you to avoid any costly mistakes, and ensure that the rest of your finances from YouTube are properly accounted for.

Many talented L.A. residents have been able to steer their careers towards content creation. Emma Chamberlain has 11.1 million subscribers, and her vlogs and DIY videos pull in a whopping 3 million views per upload.

In Los Angeles, content creators’ taxes are not withheld by YouTube, as they already have to make their tax declaration locally. California state taxes increase progressively though. For example, a married creator with an annual income between $66,842 and $92,788 has to pay $1,648 + 6% of the excess. Consequently, the process gets a little more complicated in a different way, and content creators in the area will need to read up a little more on state tax laws.

In Cape Town, YouTubers earn approximately 1$ per 1,000 videos, making it a highly profitable endeavor if you upload frequently. The pair of artists known as Yolandi and Ninja has around 3.2 million subscribers and some of their most popular surreal music videos have gotten more than 100 million views.

Tax in South Africa, starts at 18%, increasing to 26% if the income climbs between R205,901 – R321,600. There’s also a 15% VAT tax that may have to be paid for some online or offline purchases necessary to start making videos. Sadly, there is no income tax convention between the U.S. and South Africa, meaning that double taxation is an unfortunate possibility.

Of the more than thousands of Indian YouTube channels, some of the most successful reside in New Delhi. Comedian and streamer CarryMinati, for example, has 29 million subscribers, with view counts ranging from 40 to 200 million depending on the video.

YouTubers must pay a tax of 18% of their income, but this may vary depending on where the content was made. In the case of YouTube revenue, if the entity that receives the service is outside of India, then no taxes have to be paid on it as it is considered an export. There is a dual taxation treaty between the U.S. and India, but specific conditions must be analyzed carefully to see if this applies to online content revenue.

Taxation is a complex matter, especially if we consider YouTube’s new policies. Content creators have to calculate both their local and U.S. taxes, consider deductions and double taxation treaties. However, with the help of professional assistance and online calculators, the task can be a bit more bearable and precise.

If you are looking at reading more such articles, visit Publir’s Blog!